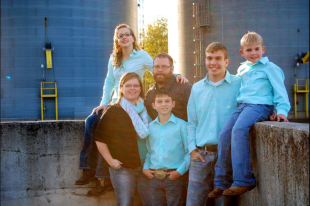 Rusty has been very involved in agriculture and was an active member of FFA. He was also a 10-year member of 4-H and showed dairy cows. Rusty brings a love of agriculture and a can do attitude to the Umbarger Show Feeds team.

Rusty and his wife, Erin, live in Bargersville and are the parents of 4 children. In his spare time, Rusty is involved in many school activities and after school sports activities.